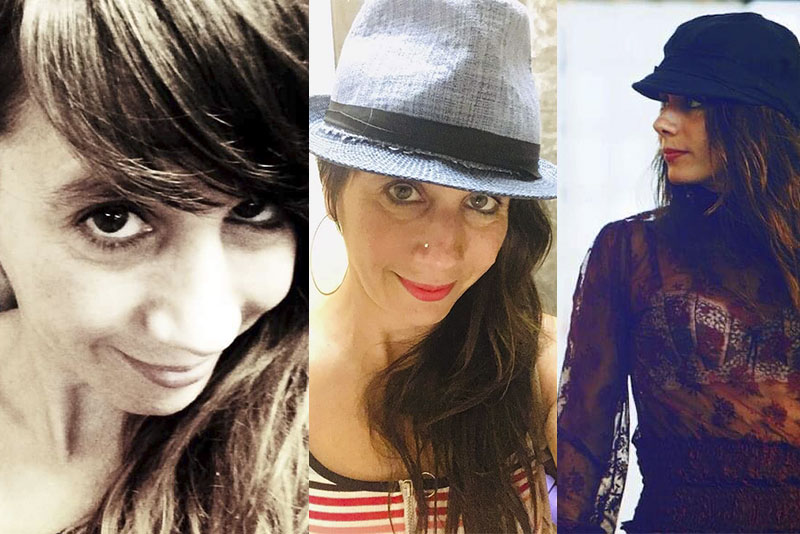 Ciko has been DJing since 2009. She has experience with both Traditional and Alternative Tango Music since she ran weekly and monthly events in NYC that had both rooms. She hasDJ’d at big and small events in the NYC and various communities and festivals around the US over the years.. to name a few; Montreal Nuevo Festival, Chicago Tango Week, Philadelphia Tango Festival, Florida Keys Marathon, Cleveland Tango Bowling Marathon, Miami Sunshine Tango Festival, San Francisco Nora’s Tango Week..

She does not discriminate between different eras of Tango Music. She likes a wide range from 1920s to 2022! She loves discovering what moves her audience and dancers in the room so she can work together with them in creating a great event. She gives as much importance to her Cortinas as her Tandas because she believes that they are instrumental in creating the vibe for the night.

Ciko’s motivation to pursue tango has been the connection to another soul & body, as well as her own, through music that inspires her.

During her visits to Buenos Aires she focused solely on the dance in its original grounds exploring and studying both traditional and nuevo tango roots which developed the Argentine quality in her dance.

She embraced both open and close embrace which allowed the ability to move fluidly between the two and be more dynamic and versatile.

Her technique gives her a non-restrictive connection with various dancers. Her dance is defined by its sensuality, creative playfulness, musicality and elasticity.

She has also studied other movement modalities such as contact improvisation, yoga, aerial yoga, feldenkrais over the years. 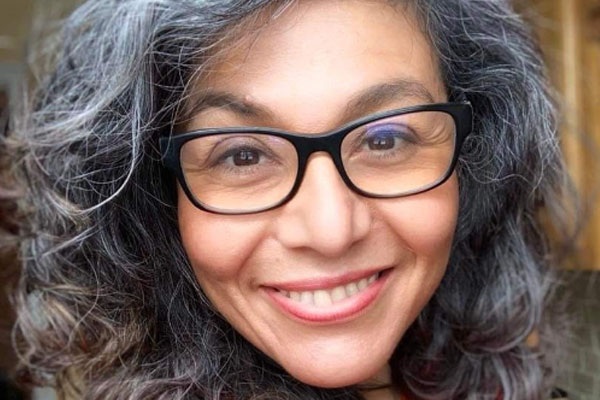 Maria Valentina’s love for tango dates back to 1997.

In 2011, she co-founded Radio Recuerdo, an internet radio station that featured tango music and had a weekly live show interviewing tango celebrities.

Radio Recuerdo eventually evolved into “Tango Talks”, a podcast, co-produced by Carlos Quiroga and featured in Reportango.net, where tango celebrities (local and international) were interviewed. It was during her time as radio host and podcaster that she began to learn about tango music, history, and orchestras.

In 2018 she officially began DJing and has emerged as a popular DJ in NYC and has been invited to DJ in Massachusetts and Maine.

She is also the creator and host of the popular series “Orchestra Battles”, which you can follow on social media. 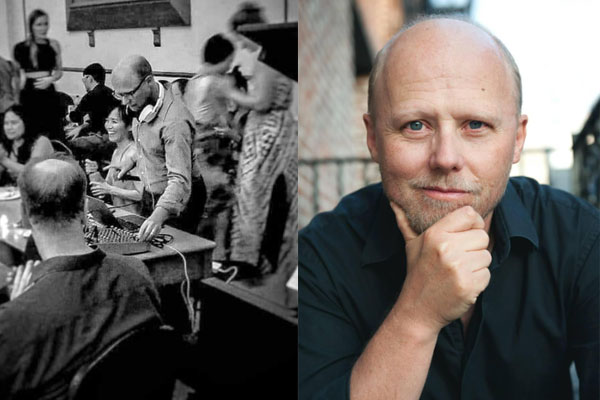 When Robin came back from his first trip to Buenos Aires 16 years ago, he realized that if he wanted to continue to dance tango every night, he would have to find a way to attend milongas for free.

At the time, the concept of a tango DJ didn’t exist. Organizer’s would put on a CD, and often it would repeat to span the length of the milonga.

Robin wanted to play music as he had heard it in Buenos Aires: in tandas of tango, vals, and milonga with cortinas in between. He began to DJ doing exactly that, despite being told not to play cortinas as people would dance to them.

Initially some people did dance to the cortinas, but Robin persisted until this format became the standard. Over the next 10 years, he was invited to DJ in D.C., L.A., Denver, Portland, Miami, and some of the biggest festivals in North America, as well as, Edinburgh, Amsterdam, Berlin, Seoul, Shanghai and Buenos Aires. 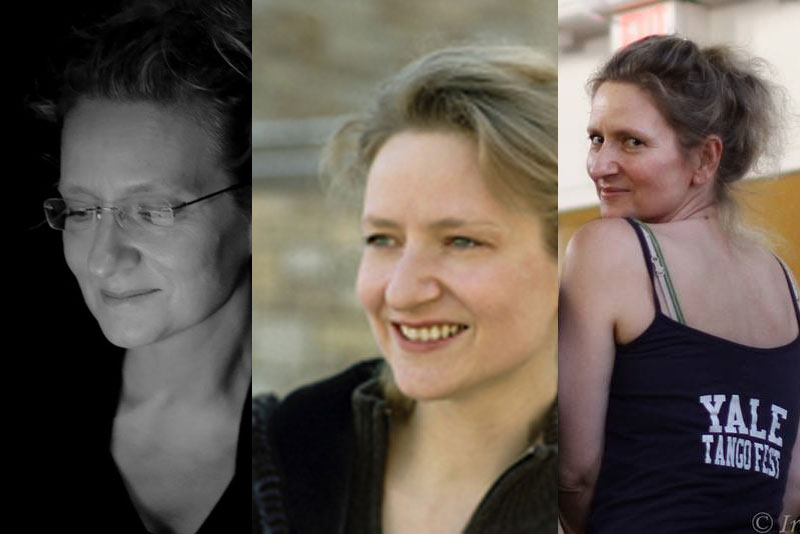 Tine Herreman plays devastating tangos, soaring valses and irresistible milongas. She creates a warm and genial mood for the dancers to enjoy each other’s embrace.

She has a vast collection, but every song she plays is a greatest hit. As a dancer, Tine likes to lead and follow uncomplicated tango with sophisticated musicality.

Tine co-hosts and is the resident DJ at El Destino on Sundays in New York City.

She deejays at big and small milongas in New York, the Northeast, and beyond. Festivals and Marathons included Portland, San Diego, Montreal Abrazo,  Marathon Z, ECTM, NY, Tango Element, Atlanta, Muertos, Yale, and others since 2004.

She has played all-night events on both coasts, in Montreal , Buenos Aires and Europe.

Tine was the founding president of the Yale Tango Club, and organized, taught and DJ’ed for the club from 2003 to 2007.

She developed the club from a small practica to the most active social club on campus, with almost weekly workshops with visiting teachers and a national festival.

She also started several networks for DJ and community development. 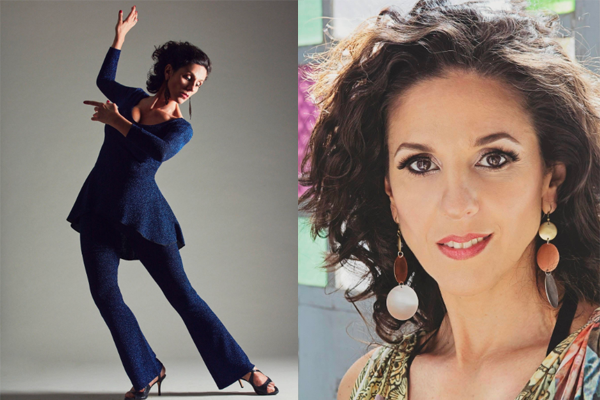 Since 1995 she is part of the staff of Teachers of La Viruta in Buenos Aires.

Between 1999-2005 she was an important part in the development of the Tango Discovery Method created by Mauricio Castro, through which she achieved a particular style in her dance and her teaching.

Carla belongs to a generation of dancers that changed the teachings of this traditional folkloric dance into a fine investigation of its movement technique, its technical language and its musical interpretation. Over the years she devised her own didactic method based on her unique approach to the dance, a system which she has been able to share with colleagues from different generations and styles.

In 2013 she created the popular investigation space ‘La Propuesta‘ with Octavio Fernandez in La Viruta.

From 2016 she teaches and Performs in USA, participating in several events such Philadelphia Tango Festival, Tango Element , Boulder Tango Festival and more. 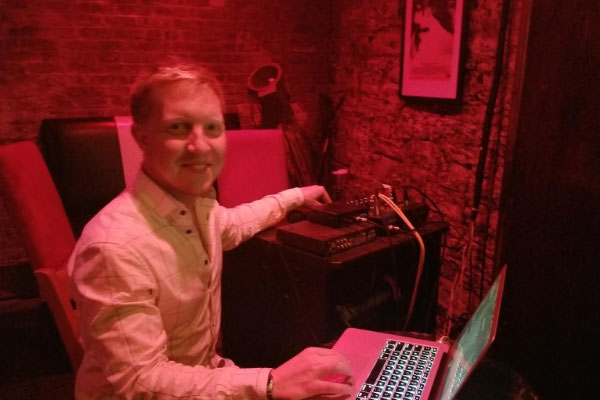 He is based in New York City where he runs a weekly event that he DJ’s both traditional and alternative music and has been running for over 14years.

Adam believes the DJ provides the personality of the evening and that it is the DJ’s job to inspire the people to dance as well as own up to the event and provide a relaxed, comfortable environment through the night.

He plays music from all era’s of Tango but always brings it back home to the Golden Age when the moment calls for it. He has a great collection of music he has acquired over the years and he still continues to broaden and expand the library and knowledge of the music he has.

He has learned a lot from various DJs and teachers, such as Horacio Godoy and Silvia Ceriani, about the history of Tango music which helps him have a deeper connection and understanding as a DJ and as a dancer. 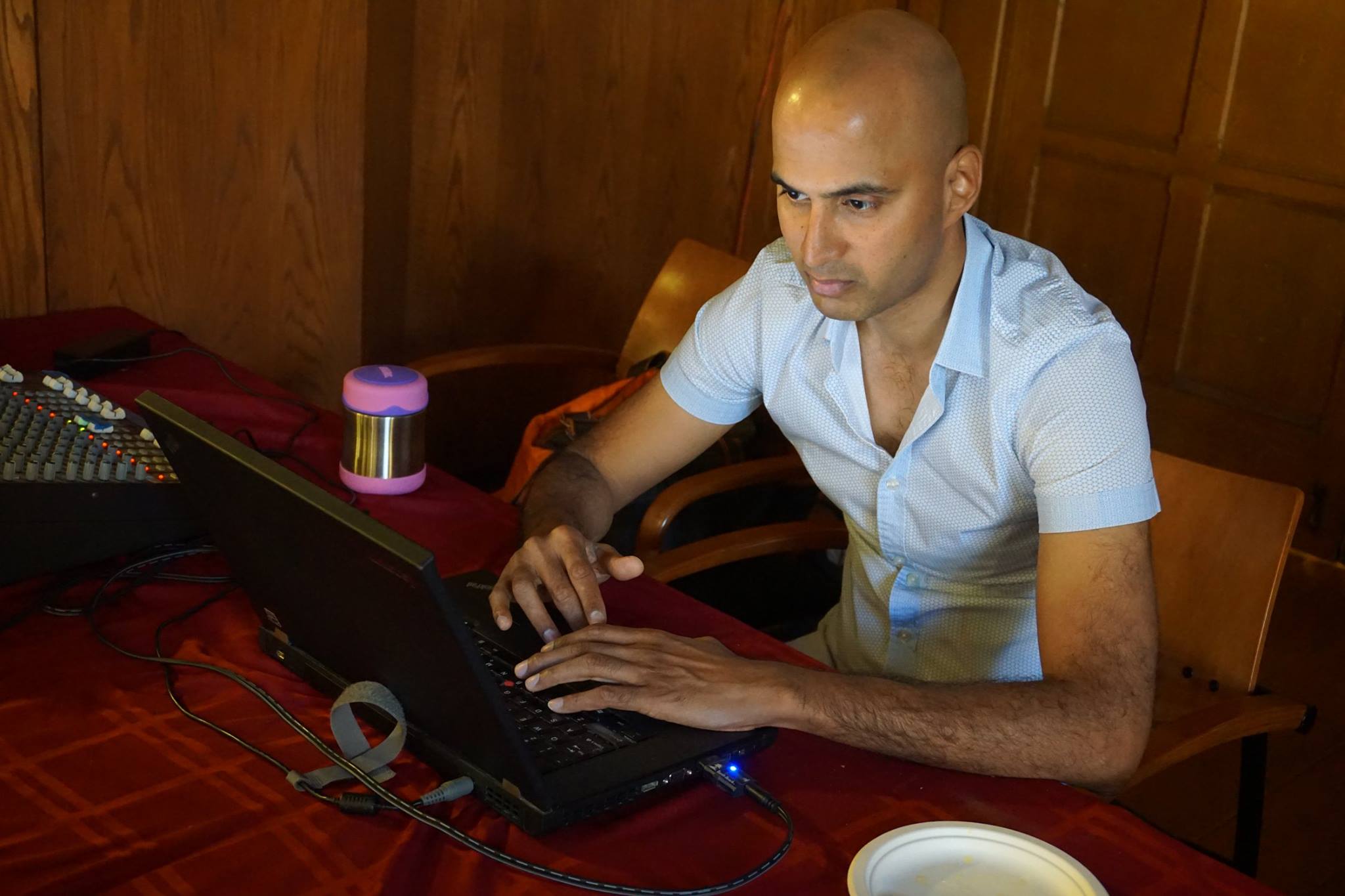 Ramu took his first tango lesson on April 27th, 2000 in Buenos Aires and was hooked instantly.

To share that passion with his friends and colleagues, he started Michigan Argentine Tango Club at the University of Michigan in Ann Arbor. Ramu has since danced, DJ’d and taught all over the US and Canada.

His teaching and dancing are characterized by a keen musical interpretation, infectious enthusiasm and a deep love of the music.

He is one of the most knowledgeable and sought after tango DJ’s in the US and has been a featured DJ at most tango festivals in the US. Currently, he lives in Washington DC where he is the host, DJ and resident teacher at Milonga Zandunga, one of DC’s popular milongas. 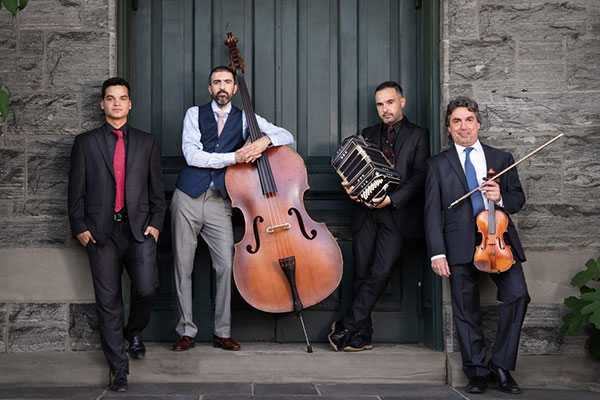 Latin GRAMMY winner Pedro Giraudo Tango Quartet is a virtuoso quartet that elegantly brings the beauty and passion of the tango repertoire into the world of chamber music.

The Pedro Giraudo Tango Quartet is widely acknowledged as one of the most compelling tango ensembles today, moving forward from the giant footsteps of Astor Piazzolla, and continuing to take this musical genre into new territories.

With immense respect for its roots and rich musical past, the ensemble effectively serves as an active ambassador of tango and a proponent of its evolution. The quartet’s fervent and virtuosic musical style takes elements from Argentine tango, European classical music, and American jazz, and combines them gracefully and organically, bringing something new and exciting to the form while retaining all the lushness and beauty that characterizes the genre.

The ensemble is very active and has performed at Lincoln Center, Moab Music Festival, Arizona Music Festival, Richmond Folk Festival, BAM, NJPAC and the DiMenna Center. They have also performed and led workshops at Dartmouth College and the University of Maryland, and have collaborated with the Chesapeake Orchestra, the Washington Heights Camerata, and the UMBC Orchestra.

As bassist, composer and arranger, Pedro Giraudo’s biography includes two decades performing with the most important interpreters of tango. Among the many noteworthy events in his career, he recorded bass on Ruben Blades’ CD “Tangos,” which won both a Grammy and a Latin Grammy, and collaborated as a performer and arranger for one of New York’s most respected institutions: The New York Philharmonic.

The other members of the quartet are three of the most prominent musicians in the tango world: Nick Danielson (violin) is Assistant Concertmaster of the NYC Ballet Orchestra and enjoys a distinguished career in both the classical and tango worlds; Rodolfo Zanetti (bandoneón) is recognized as one of the most distinguished solo bandoneonists in the United States, performing at the Kennedy Center, Carnegie Hall and Lincoln Center; Ahmed Alom (piano) has been considered a prodigy since the age of 14, winning numerous international prizes in piano competitions, and now living in New York, where he continues to garner acclaim.

In the art of tango, feeling is not enough. You have to know how to express and connect with your partner. Expressing the intense connection that is unique to Argentine tango is why I created this Festival- to enhance and deepen our dance.